What Is a Hallucination?

If you’re like most people, you probably think hallucinations have to do with seeing things that aren’t real. But, in reality, there’s a lot more to it than that.

Hallucinations are sensory experiences that seem very real, but are created by the mind. They can involve any one of or even all five of the senses. For instance, rather than just seeing something that no one else in the room can see (because it doesn’t exist), people may also even touch and smell it.

Hallucinations are sensory experiences that seem very real, but are created by the mind.

But why do hallucinations occur, and is there anything that can be done to stop them?

In this article, we look at several different types of hallucinations, what causes them, and the various treatment options that are available.

What Is a Hallucination?

Hallucinations are perceptions or sensations that occur in a wakeful state. They seem very real, but they do not exist – they have been created by the brain. Hallucinations may be seen, heard, felt, smelled, or tasted. Moreover, hallucinations can be pleasant or frightening, and they may be related to imagery, sensations, events of the past, or they may not even be related to experiences. 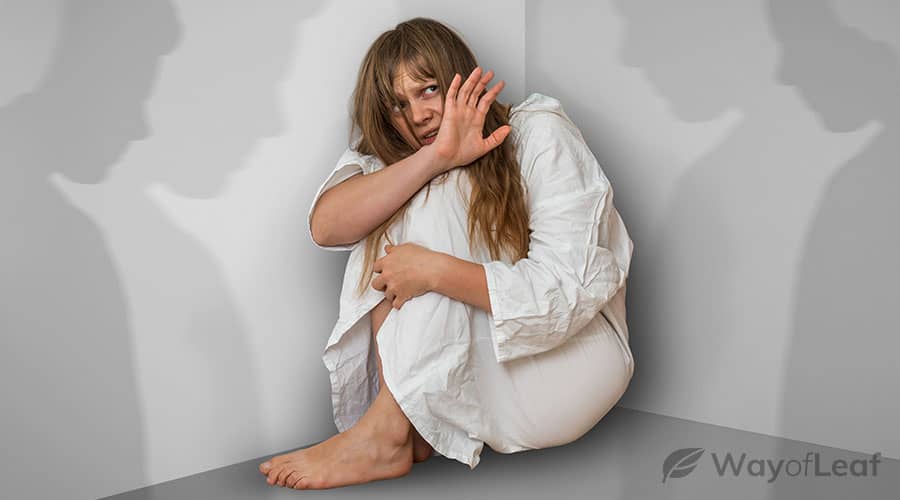 Hallucinations can have a range of symptoms, including:

Additionally, there are several psychological and cognitive symptoms that may accompany hallucinations. These include:

What Are the Different Types of Hallucinations?

As we’ve mentioned, hallucinations can occur through any one of the five senses. But the most common are auditory (hearing) and visual hallucinations.

Below we take a closer look at various hallucination types, and what each entails.

This is the most common type of hallucination in schizophrenics. It refers to hearing voices or sounds that aren’t real; the voices heard as part of an auditory hallucination can be quiet or loud, friendly or intimidating. Individuals might hear a person speaking to them or telling them to do certain things. But these hallucinations can also take the form of hissing or whistling.

A tactile hallucination involves the feeling of touch or movement in the body, such as the sensation of bugs crawling over the skin. This is most common in people high on psychoactive drugs, specifically cocaine, crystal meth, or amphetamines.

An olfactory hallucination means someone smells something that has no physical source. For instance, someone may smell an unpleasant odor when waking in the middle of the night.

This involves seeing objects, people, visual patterns, or lights that aren’t real. They include mild distortions of what people see around them; typically, people who use hallucinogenic drugs describe these mild distortions as being pleasant.

Related article
What Are Hallucinogens? [Types, Uses, and More]

Hallucinations can be a sign of mental illness, but they don’t always mean a person is unwell. They are, in fact, quite common.

Still, scientists don’t fully understand why some people have hallucinations and others don’t. Neither do they know what the causes of hallucinations are in people with conditions like schizophrenia.

Hallucinations can occur any time there is a change in brain activity. For instance, some people are more susceptible to hallucinations when they are only partially waking or falling asleep.

Hallucinations can occur any time there is a change in brain activity.

A 2019 study done on mice under the influence of hallucinogenic drugs reported that the animals had less activity in regions of the brain associated with incoming visual information. This finding suggests that a hallucination could be a way for the brain to compensate for a drop in sensory information.

Hallucinogenic drugs often induce hallucinations. These types of drugs temporarily change the way the brain processes and sends information, which can cause unusual thoughts and experiences. LSD, dimethyltryptamine (DMT), salvia, and certain mushrooms are common hallucinogens.

Mental illnesses are one of the most common causes of hallucinations. Schizophrenia, delirium, and dementia are a few examples.

Schizophrenia is a condition that changes the way a person thinks and behaves. It can result in psychosis, which means a person loses touch with reality. People with psychosis might experience hallucinations and delusions. They may also exhibit unusual behavior.

What Hallucination Treatment Options Are There?

The treatment for hallucinations depends on the type of hallucination, underlying causes, and a patient’s overall health. Generally, doctors recommend a multidisciplinary approach that includes therapy, medication, and social support. 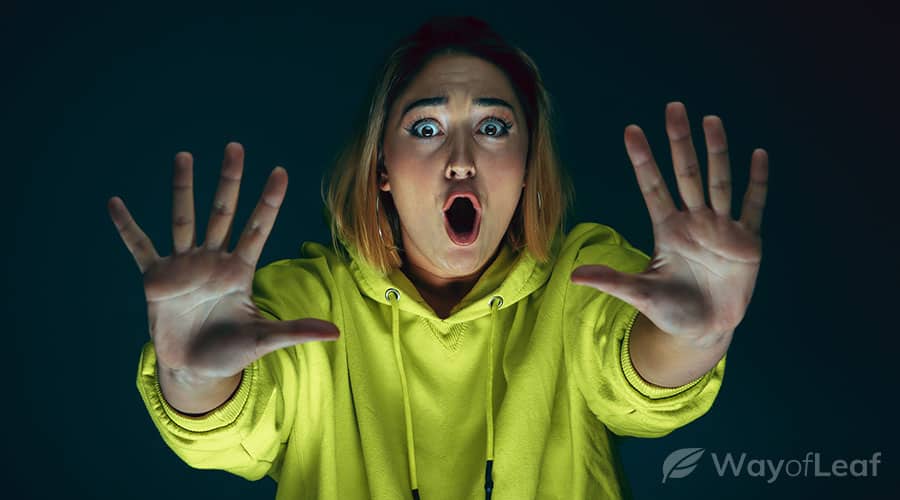 Here are a few of the most common forms of treatment for those experiencing hallucinations.

Antipsychotic medications are often useful for treating hallucinations, either by eliminating or reducing the frequency at which they occur, or through having a calming effect that makes the experience less distressing. However, it’s important to understand that the right treatment option depends entirely on the underlying cause.

This involves engaging the patient to quantify details surrounding the symptoms of their hallucinations. In other words, providing psychoeducation, exploring “plausible reasons” for the hallucination, and normalizing the experience. Psychotherapy is a form of counseling, which is especially useful if the underlying causes of the hallucinations are linked to mental health conditions.

A relatively non-invasive procedure known as repetitive transcranial magnetic stimulation (rTMS) has preliminary evidence that it may be an effective treatment for auditory hallucinations in schizophrenia spectrum disorders.

Ultimately, recovering from hallucinations depends on the cause. If hallucinations stem from a lack of sleep or a substance abuse issue, these behaviors can be changed.

Ultimately, recovering from hallucinations depends on the cause.

If the condition is the result of a mental illness, such as schizophrenia, taking the right medication can be helpful. Sessions with a therapist can also help a great deal. All in all, successful treatment of hallucinations is about determining their cause, then following a doctor-recommended treatment plan that works to take control of the situation.

The post What Is a Hallucination? appeared first on WayofLeaf.

Ketamine for Chronic Pain: Is It Beneficial?

What’s the Difference Between Magic Truffles and Magic Mushrooms?

What Is a K Hole? [Fully Explained]

How To Make Cannamilk In 10 Easy Steps